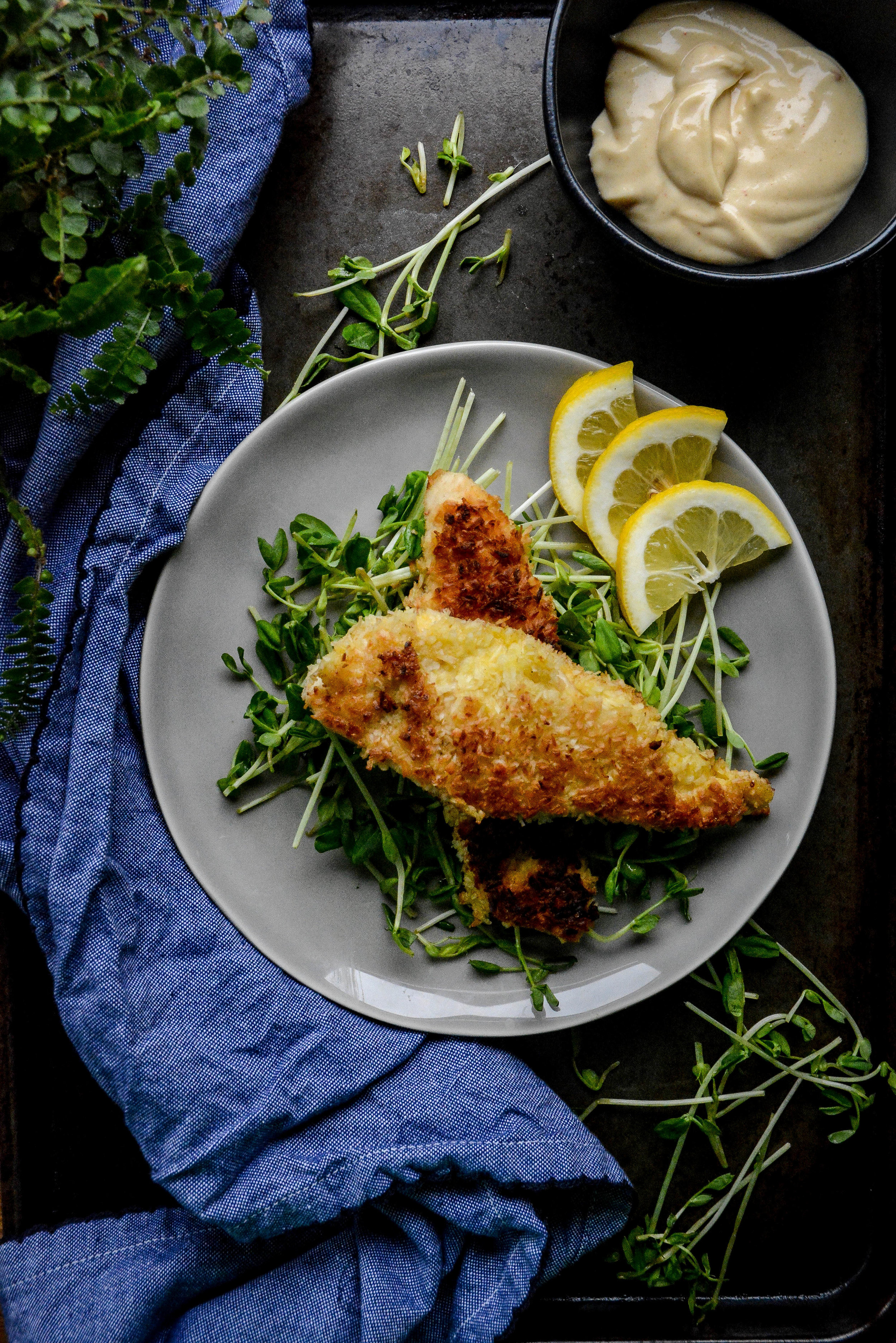 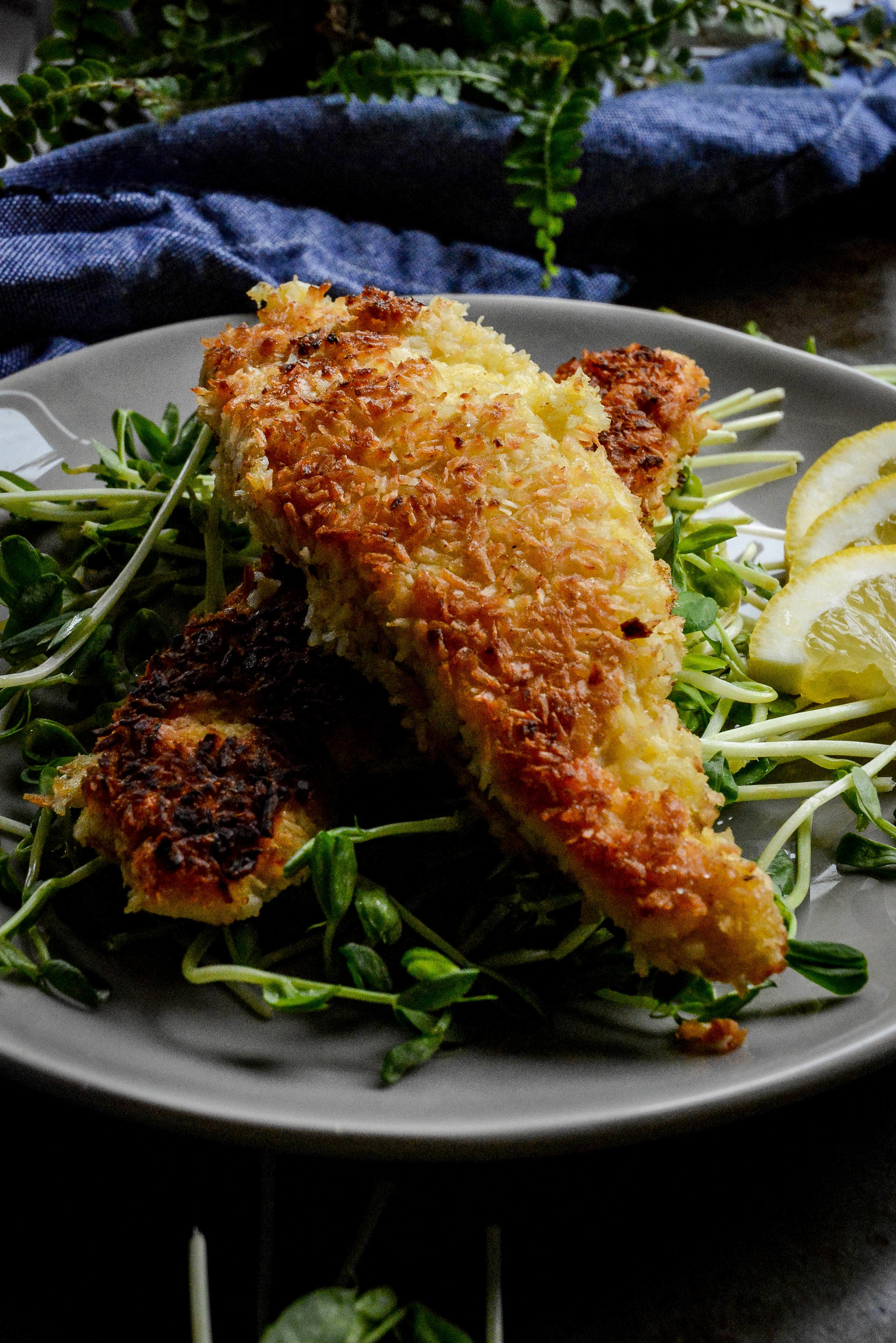 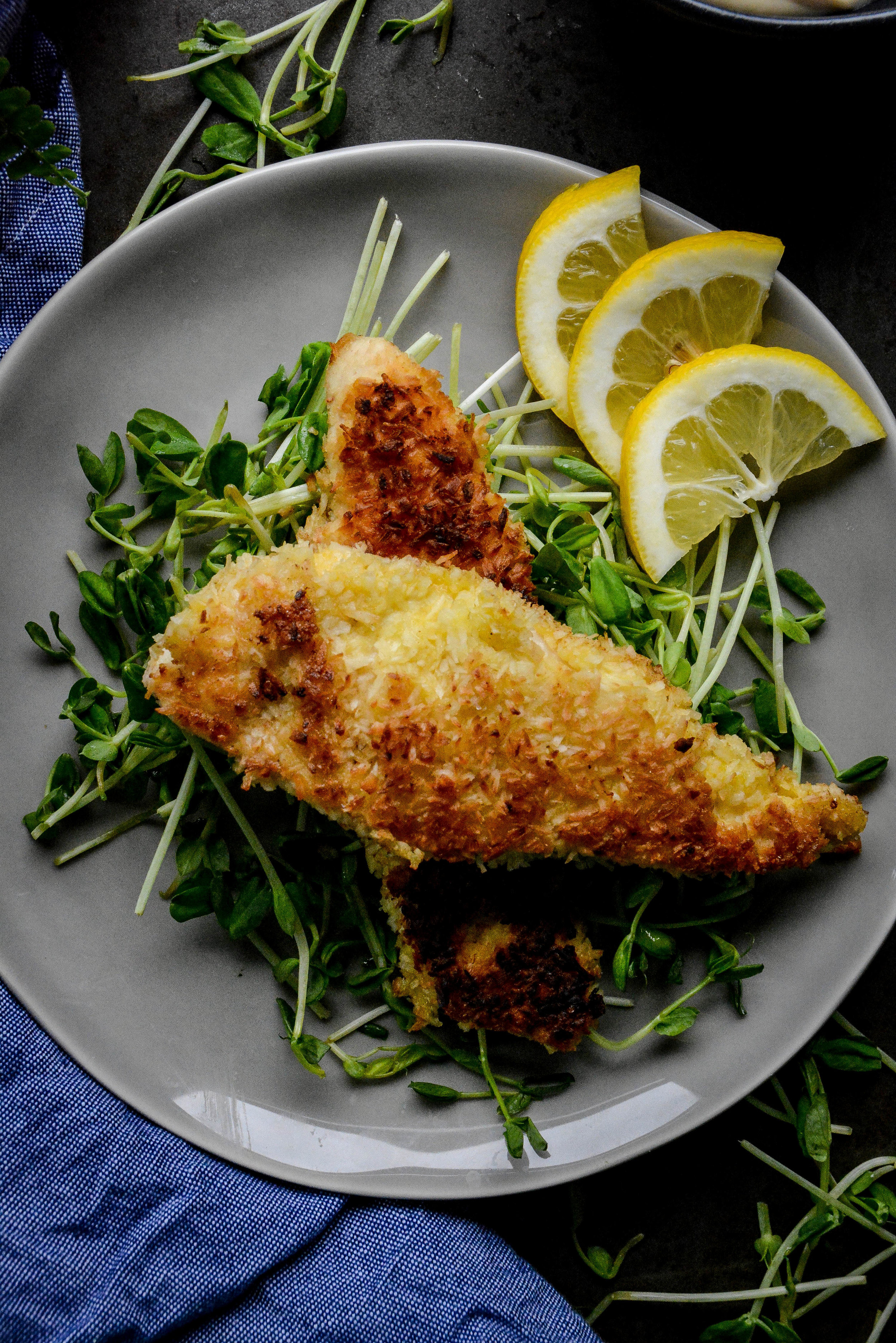 When I was pregnant with my son, I read a lot about parenting and I mean a lot. I know, this is not a mommy blog but stick with me. One of my favorite books was “French Children Don’t Throw Food”. I’ve always had a thing for French culture, this book was about kids and food so it sounded like I could get something out of it. And I did. I devoured it in days.

Once finished, I felt like I would be able to raise my child just like the French. I would be a master at it. Well I was wrong about the master part – a novice at best. But what I did take away is something that has always stuck with me and that’s doing away with the term “kid food”. I know some people swear by kid food and that’s cool – do what works but I’ve never used it and don’t believe that food needs to be anything other than “food”.

After all children are not sub-human. They’re just little versions of the adults they will some day become. Pains in the ass at times sure, but nonetheless just the same as you and me. So I feel like referring to something as kid food is drippy, isolationist, inflexible…whatever you want to call it.  So I’m proposing we get rid of the term and raise kids to simply eat food…all food.

And why did I go on this tirade? Well chicken tenders are generally considered to be kid food but that’s so not the case in my house. We all love them just as much without there needing to be an assigned term to them. Just plain chicken tenders.

But the trouble with the traditional chicken tenders is that they’re typically made with flour and breadcrumbs. And while I make them for my family all the time, I decided this time, I want in and I’m changing things up. It was a last minute decision where I literally just traded out almond flour for regular and coconut flakes for breadcrumbs. I was hesitant thinking the change wouldn’t necessarily fly, but to my surprise, my husband dug right into one the second it was out of the frying pan. And once the kids were on board, I knew I had something.

It’s a pretty good substitution when you still want that familiar taste but without the familiar bloating and pain. So check out this quick coconut crusted chicken tender recipe you could easily use for meal prep too. And since it needed a little something extra, I whipped up a quick honey mustard sauce for dipping. 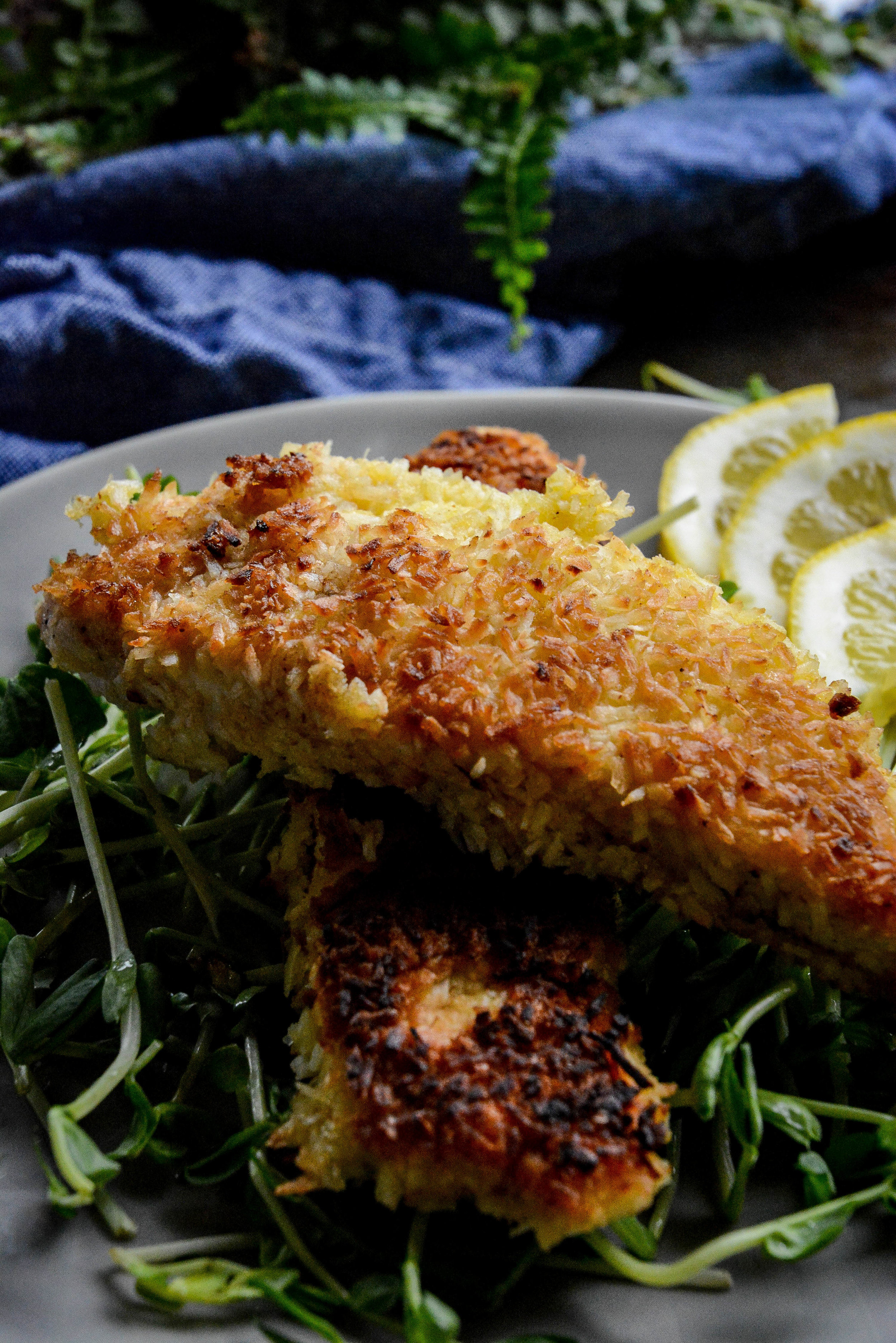 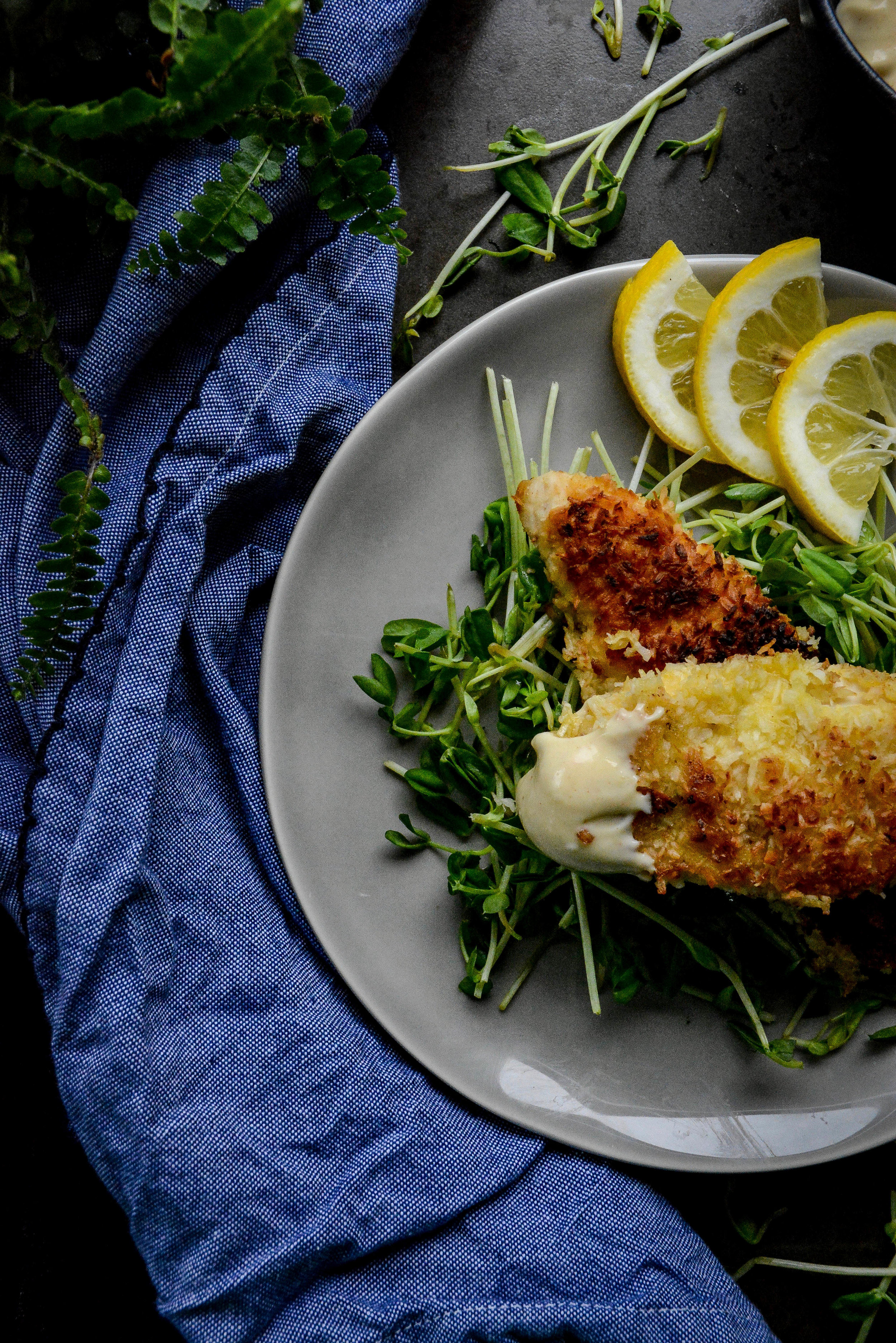 Next, lay chicken in one layer on top of plastic wrap and lay another layer of wrap on top of the chicken. Beat chicken with tenderizer until it’s about 1/4″ thick. Season with salt, pepper and garlic powder.

Create an assembly line of chicken, almond flour, egg and coconut flakes. Dredge chicken through each respectively and set on plate.

Preheat frying pan on medium, add oil and cook chicken on each side for 3-4 minutes until brown and cooked through. You may need to work in batches to avoid overcrowding the pan. 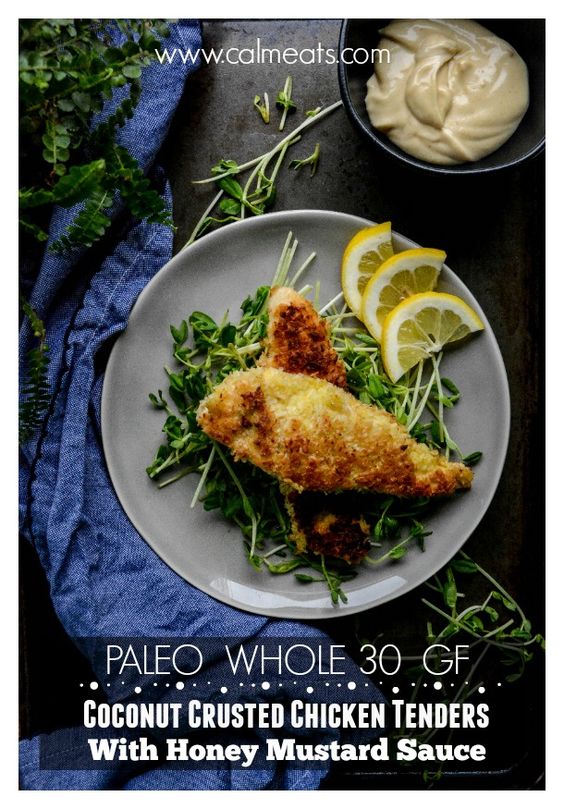