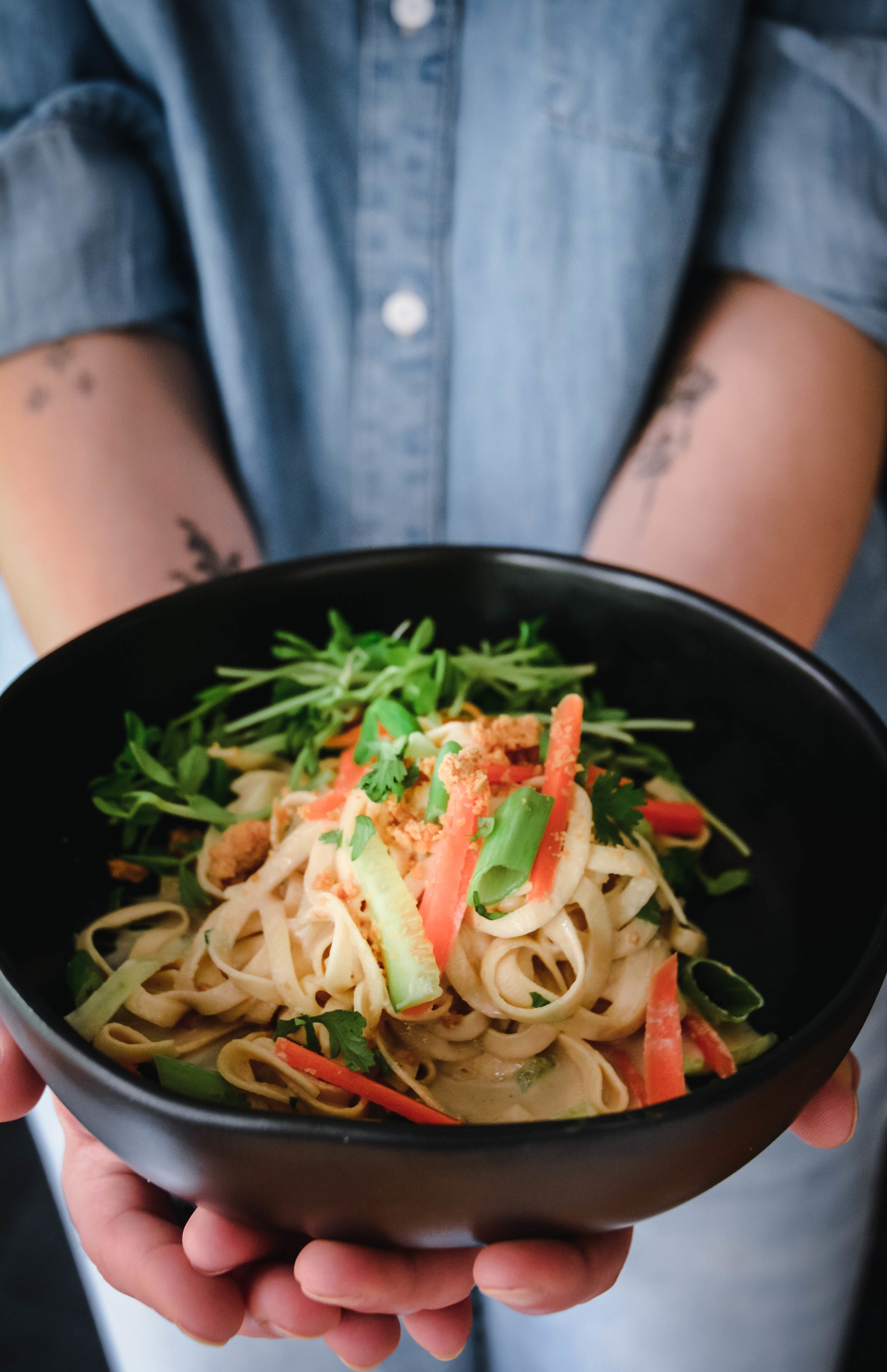 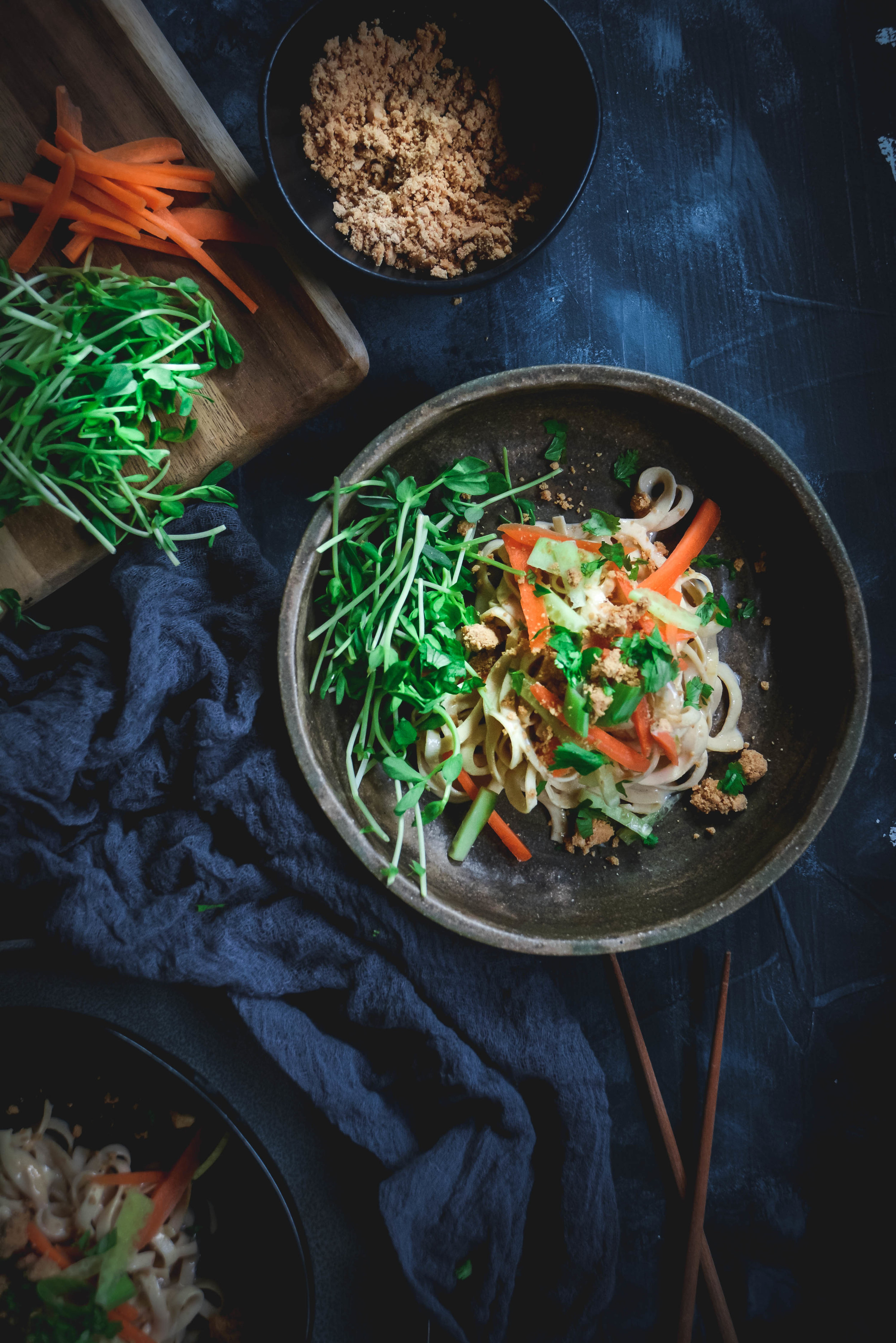 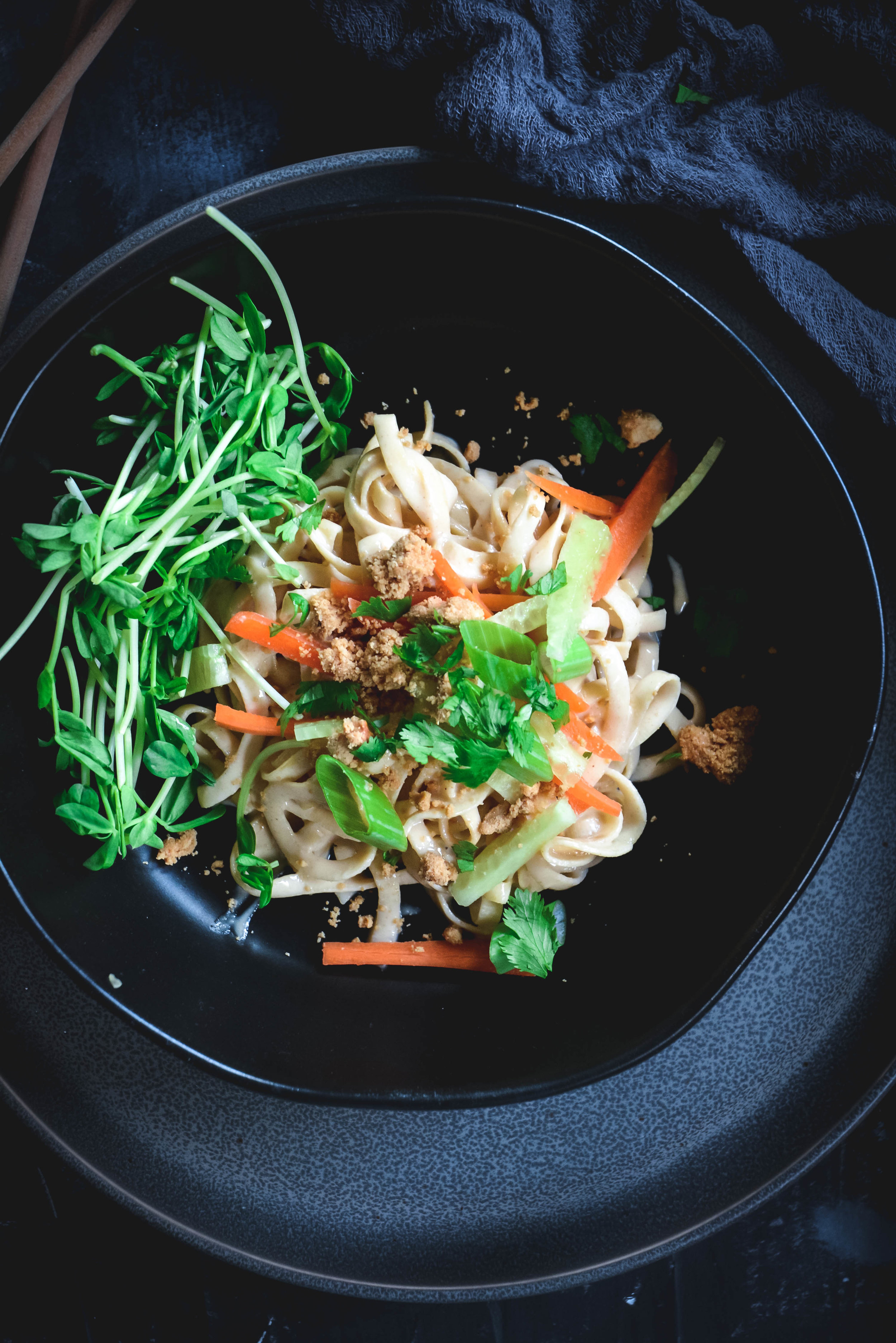 I grew up only a sea away from a country rich in flavors and spices. Some traditional recipes made their way onto our table but not nearly enough given the proximity.

My mom would frequently travel to Turkey for work and would come back baring delicious foods that we’d never dream of having access to in Romania. One of them was halva. Funny because I’d had it my whole life but Romanians always made it with pressed sunflowers and never tahini.

That was my very first introduction to a flavor I would come to revere as an adult. It is unmistakable – an ingredient used in Middle Eastern and Asian dishes alike. Truthfully one that can’t be substituted.

So a few moths ago while stocking up on tahini I had a burning desire to make a quick sauce. The only problem was, I now had a tasty sauce on my hands but hadn’t quite thought about what I’d do with it. Sure, roasted carrots or sweet potatoes would always be good options for dipping but I was in the mood for something new. Something that would wake up my taste buds.

Rutabaga already had its moment in a previous post where I gushed about its versatility and distinctive taste, but I feel the need to reiterate just how delightful this unassuming root is. While raw it tastes somewhere between a turnip and cabbage, when cooked its essence is revealed. Everything that’s been hidden beneath the waxy surface comes to life when this noble root has just a few minutes in the heat.

To top it all off, I wanted something to complete the taste I was after – something intense but not overpowering. A sprinkling of cashew crumble is exactly what this dish needed. It is one of the simplest and most delicious ones I’ve had. Flavorful, intense and satisfying. 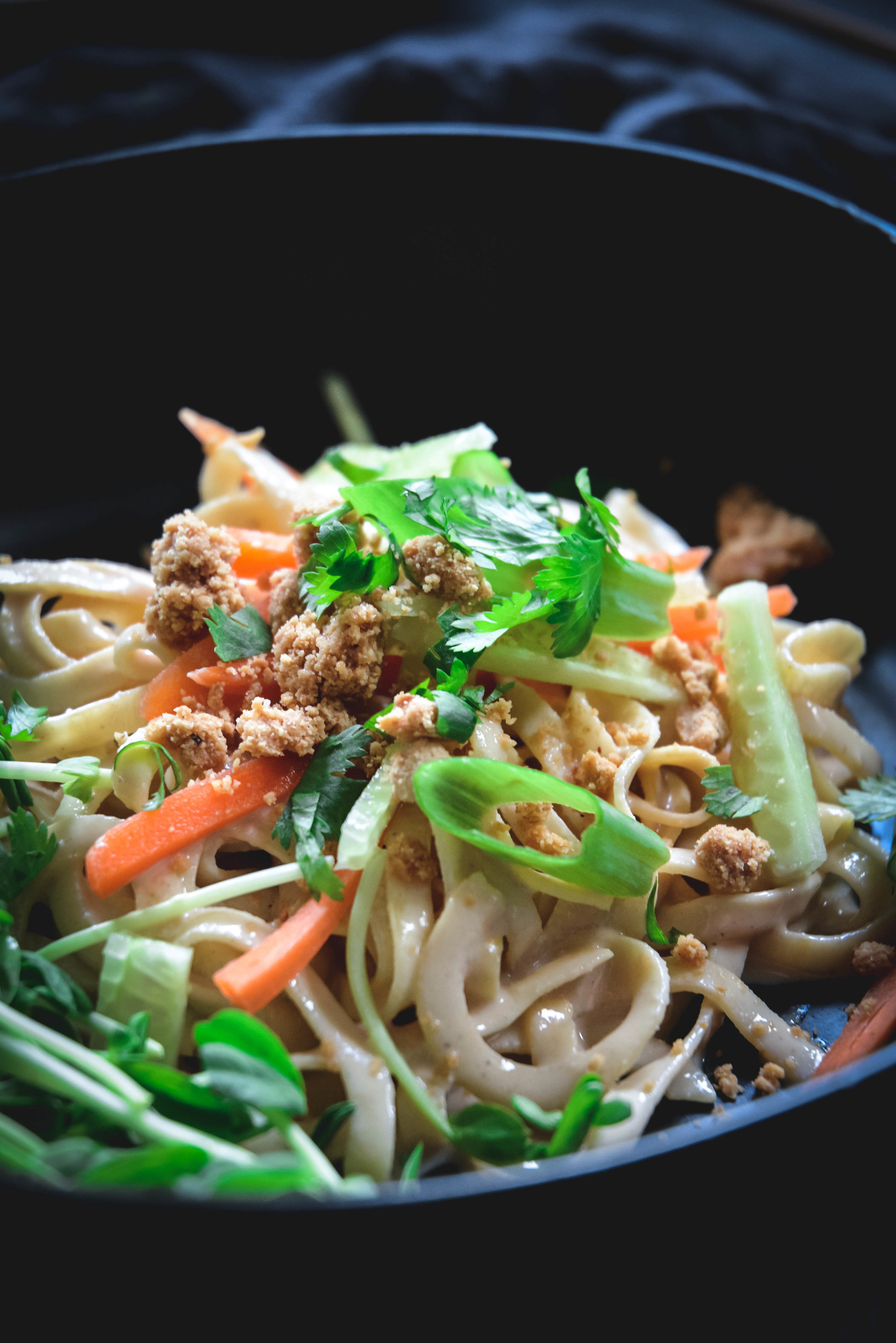 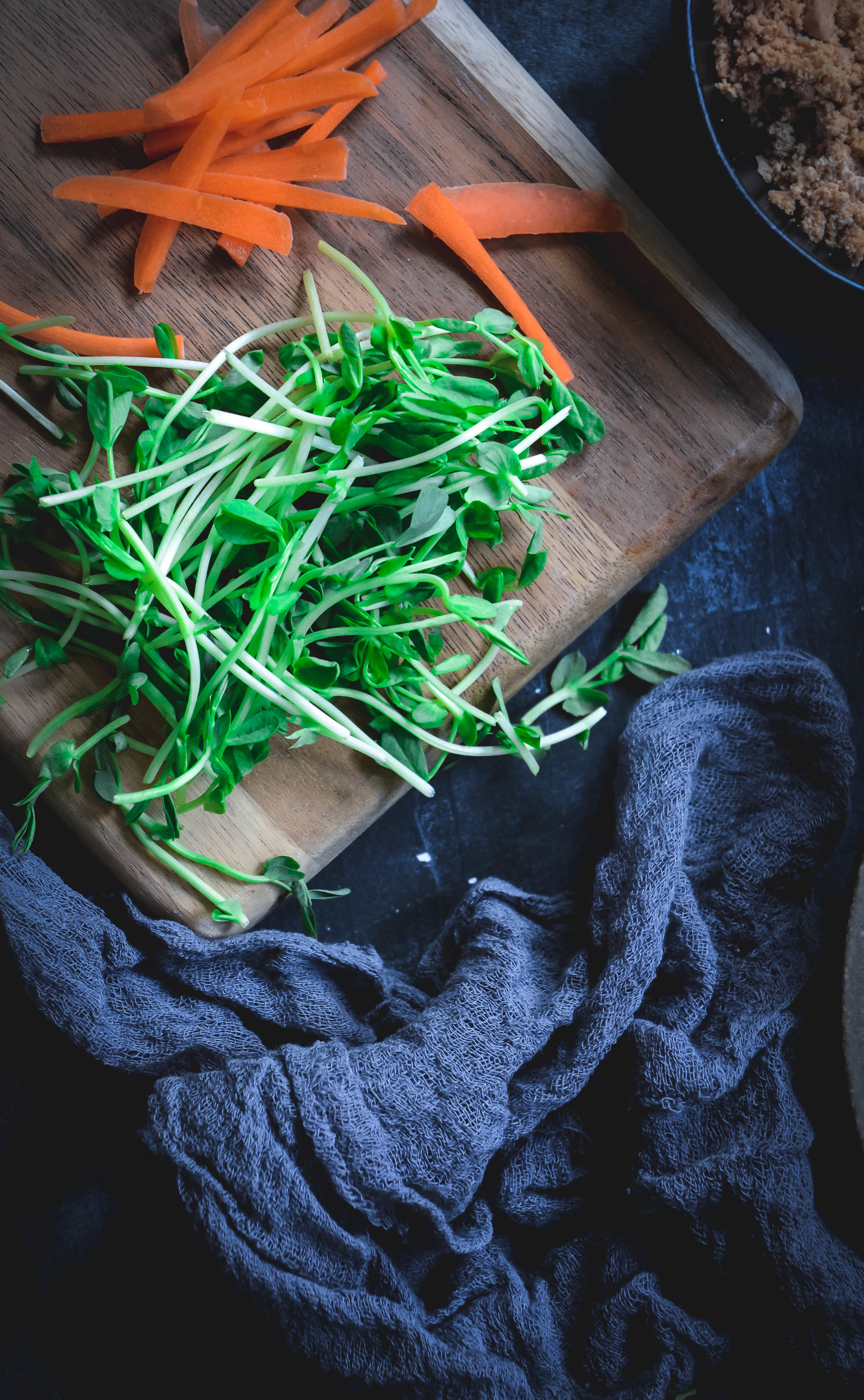 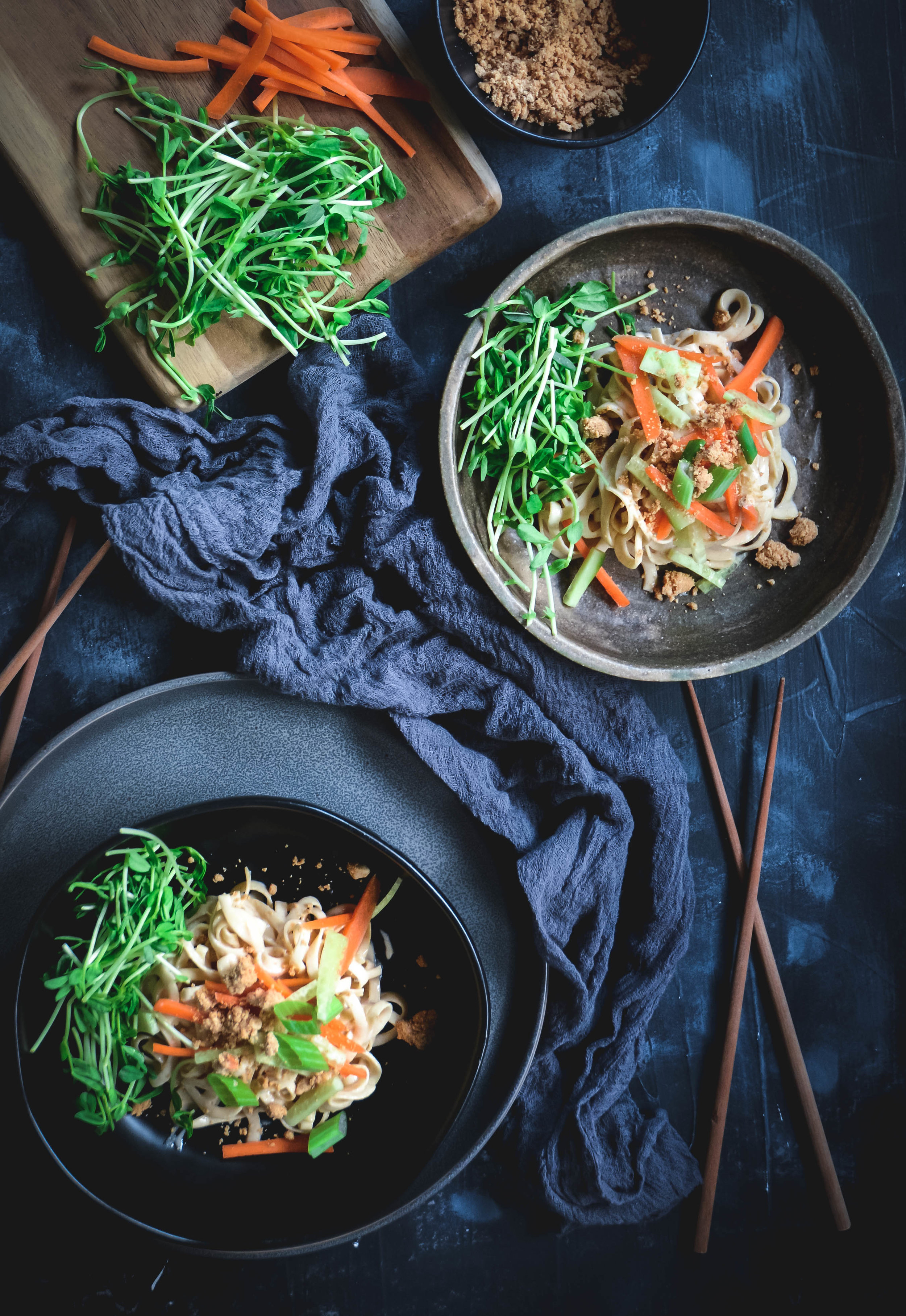 In blender finely grind cashews until they’re fine. In small bowl, combine them with 1 tsp olive oil and a pinch of salt and mix well with your fingers by pinching the mixture until it becomes crumbly – set aside.

Preheat pan on medium heat. Add 1 tsp olive oil and rutabaga noodles and toss frequently for 5 minutes until they begin to soften but are not mushy.

Remove from heat and add to bowl with tahini sauce. Toss to combine.

Place noodles on plates and add carrot and cucumber slices along with as much cashew crumble as you wish. Top with cilantro and green onion and serve. 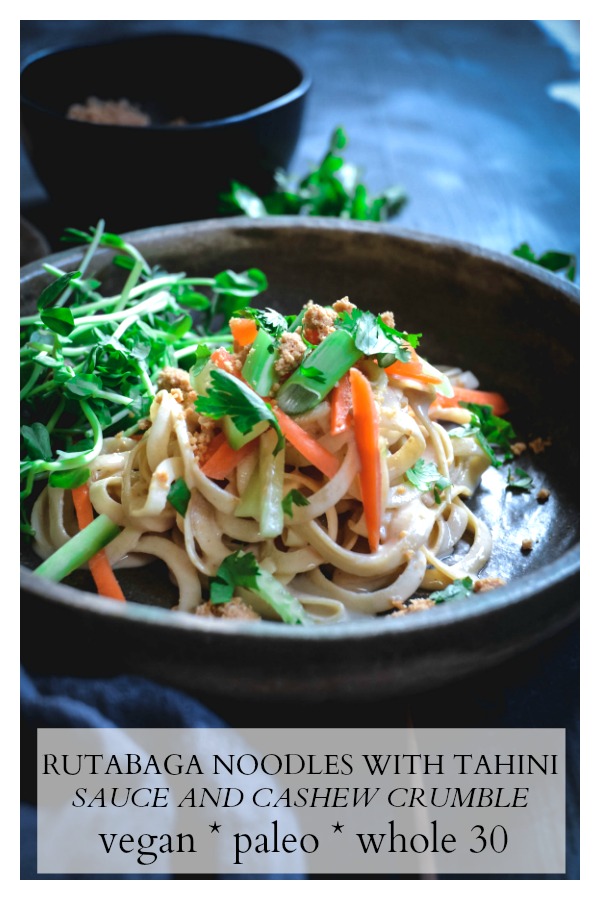