Apple and Beet Salad with Candied Walnuts and Cashew Cheese 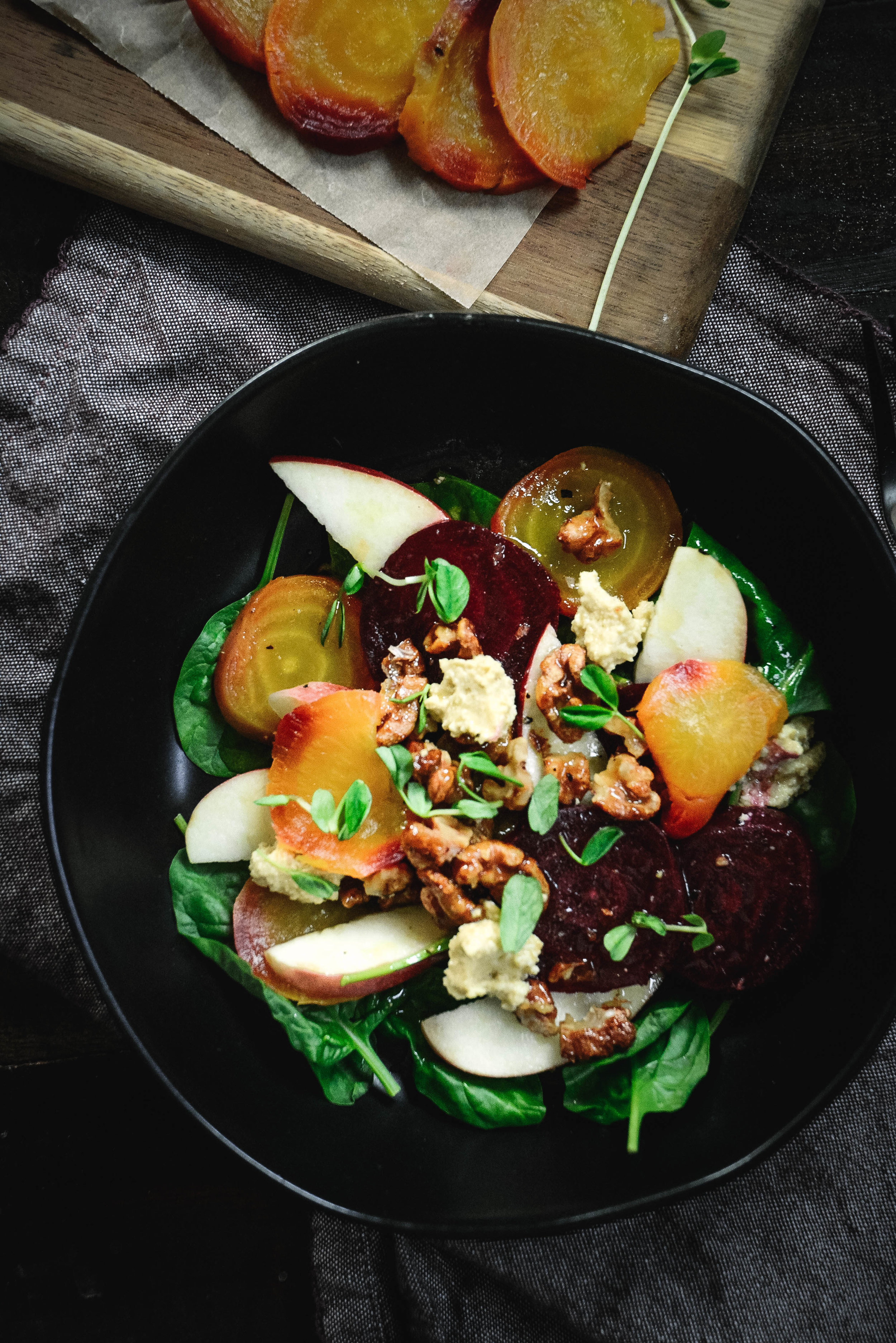 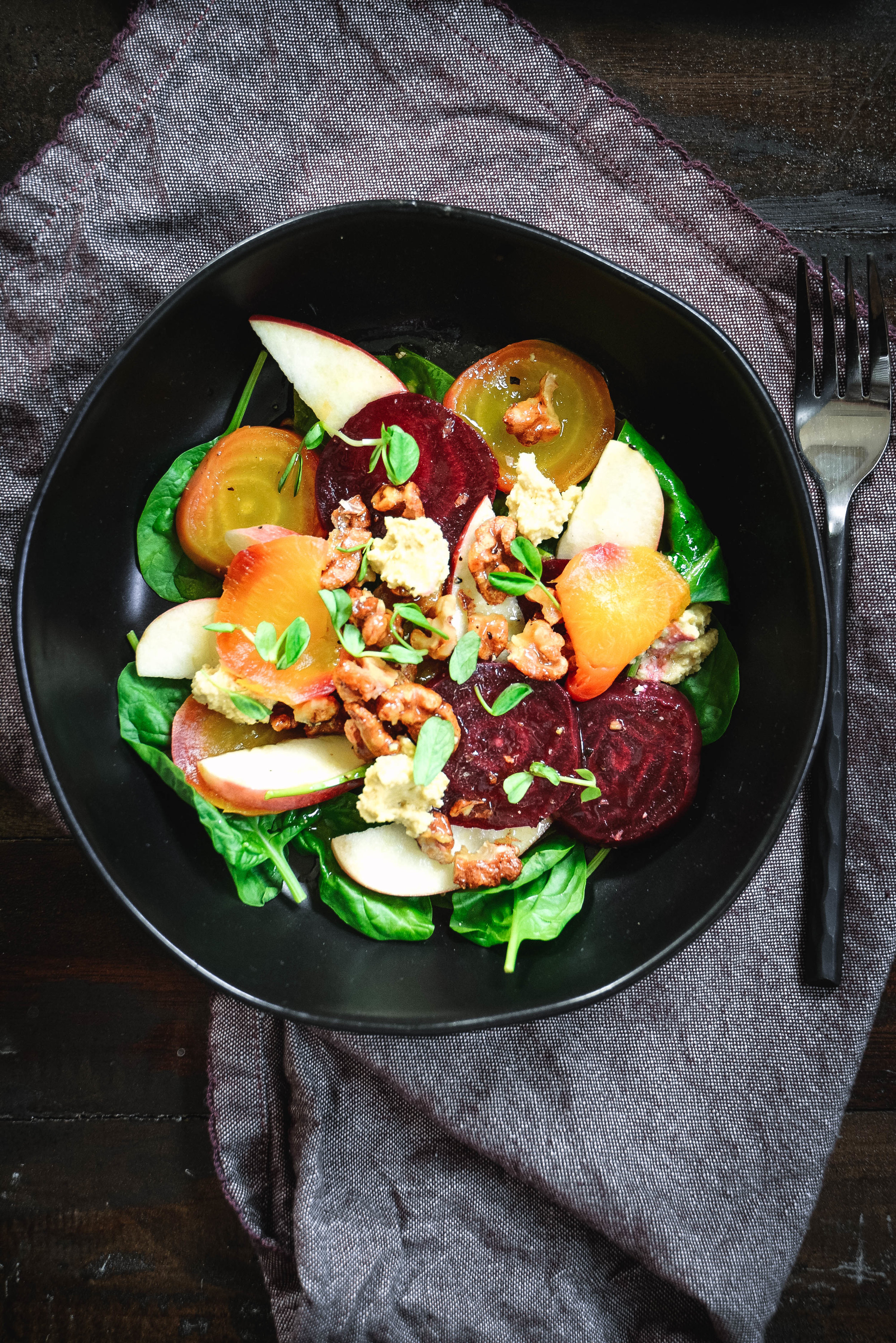 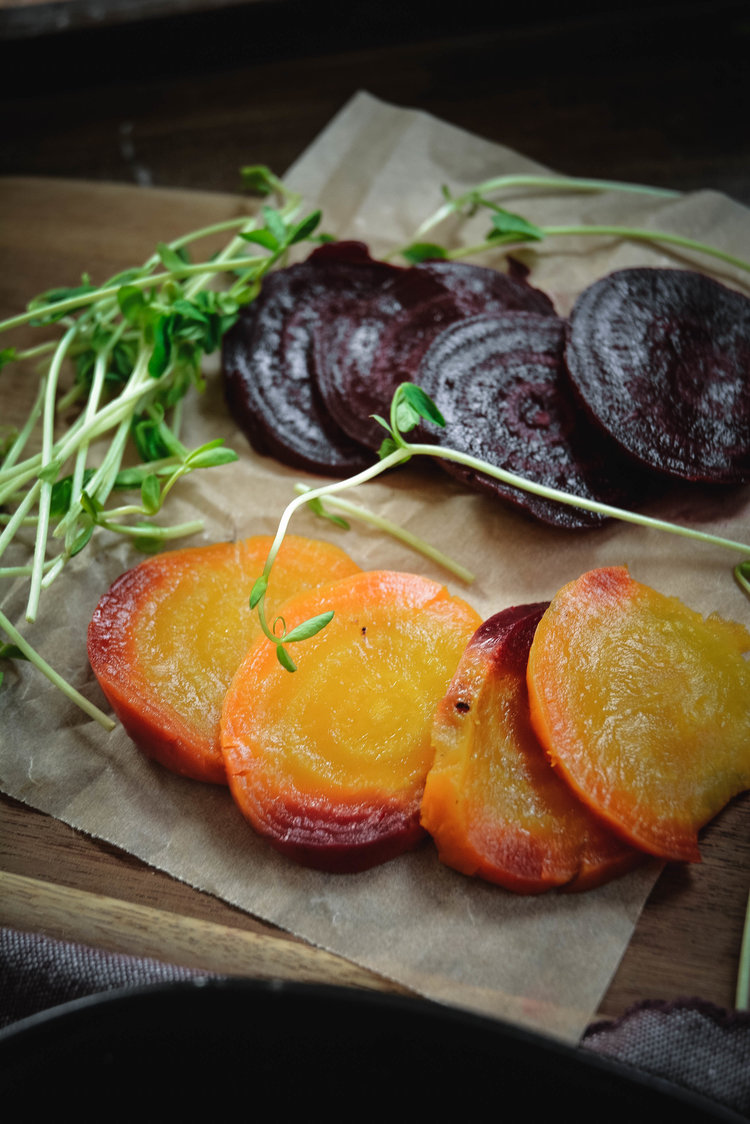 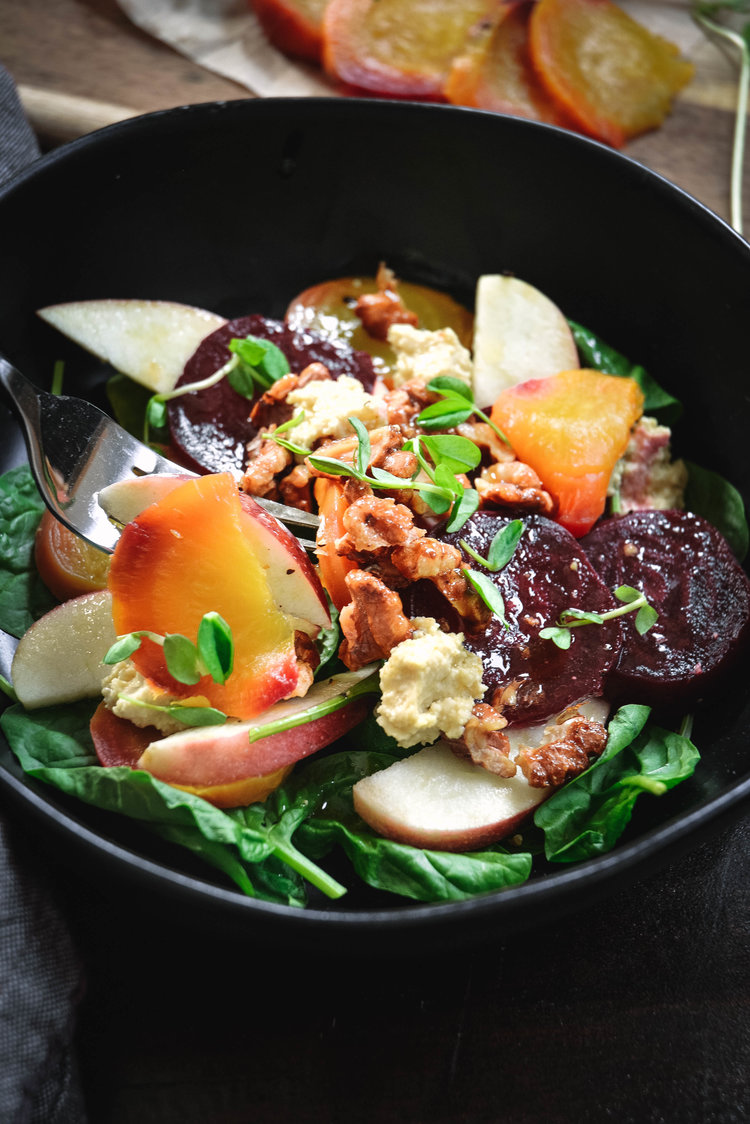 I’ve been feeling nostalgic lately. Fall represents a lot of things for me, but among them what stands out in my mind most is our move to the United States. That may sound glorious and exciting to some but it wasn’t that for me. When torn from everything you know – family, friends, school, language, lifestyle and routine, suddenly your identity is compromised. Who are you? Who was I? Life was dismal for a long time. Living between two languages – one of security and family and one I desperately wanted to know, to understand to bury into. One of possibility.

But we humans are adaptable and though challenging and frightening for a long time, life slowly became tolerable again. In fact it became good. There were new friends, the language I was slowly learning day by day, there was Radiohead, Smashing Pumpkins and Bush that kept me company on many days. There was new and exciting food, but most of all there were people I felt I could trust who would be there when I needed them. Not something I took lightly. In a matter of a year my old life was a distant memory and though I missed it at times, I knew I could never go back to what was. There was only forward.

So fall has always been a time of change for me, a rebirth of sorts. With summer’s oppressive heat and humidity gone, I feel some renewed energy and enthusiasm for fall. I find myself making playlists that take me back to my younger days and just for a short time I can be teleported to those defining moments which forever changed who I would become.

With a new season comes seasonal food and though I’ve eaten apples my whole life, I found them to be particularly wonderful in the US. That first autumn, I ate a boatload of them. They tasted exceptional and quite different from what I was used to in Romania. There were so many varieties and flavors. There were tart ones, sweet, crispy and juicy ones and I couldn’t get enough of them.

With nostalgia spilling into everything including food, I thought I would make a recipe with this beloved fruit. I wanted to keep it light, simple and pull in autumn’s flavors into a simple yet complex salad with earthy flavors aplenty.

If you’re not up for making cashew cheese, feel free to skip it but I highly recommend it as it adds a layer of creaminess to the salad, plus you’ll have extra left over and can whip up this delicious recipe. So check out this combination of roasted beets, cashew cheese, candied walnuts, crispy apple slices and spinach, drizzled with a bright dressing. You won’t be dissapointed. 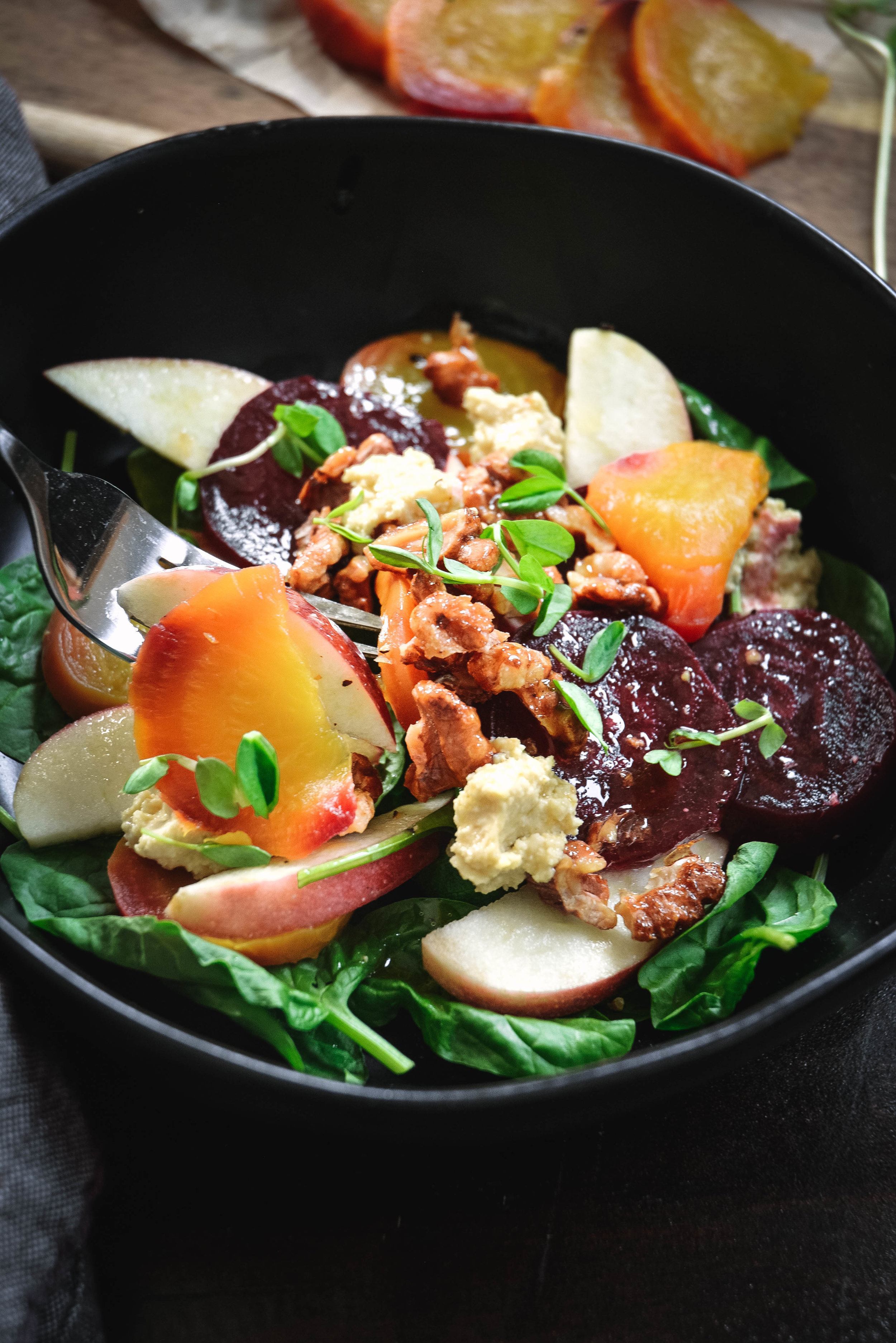 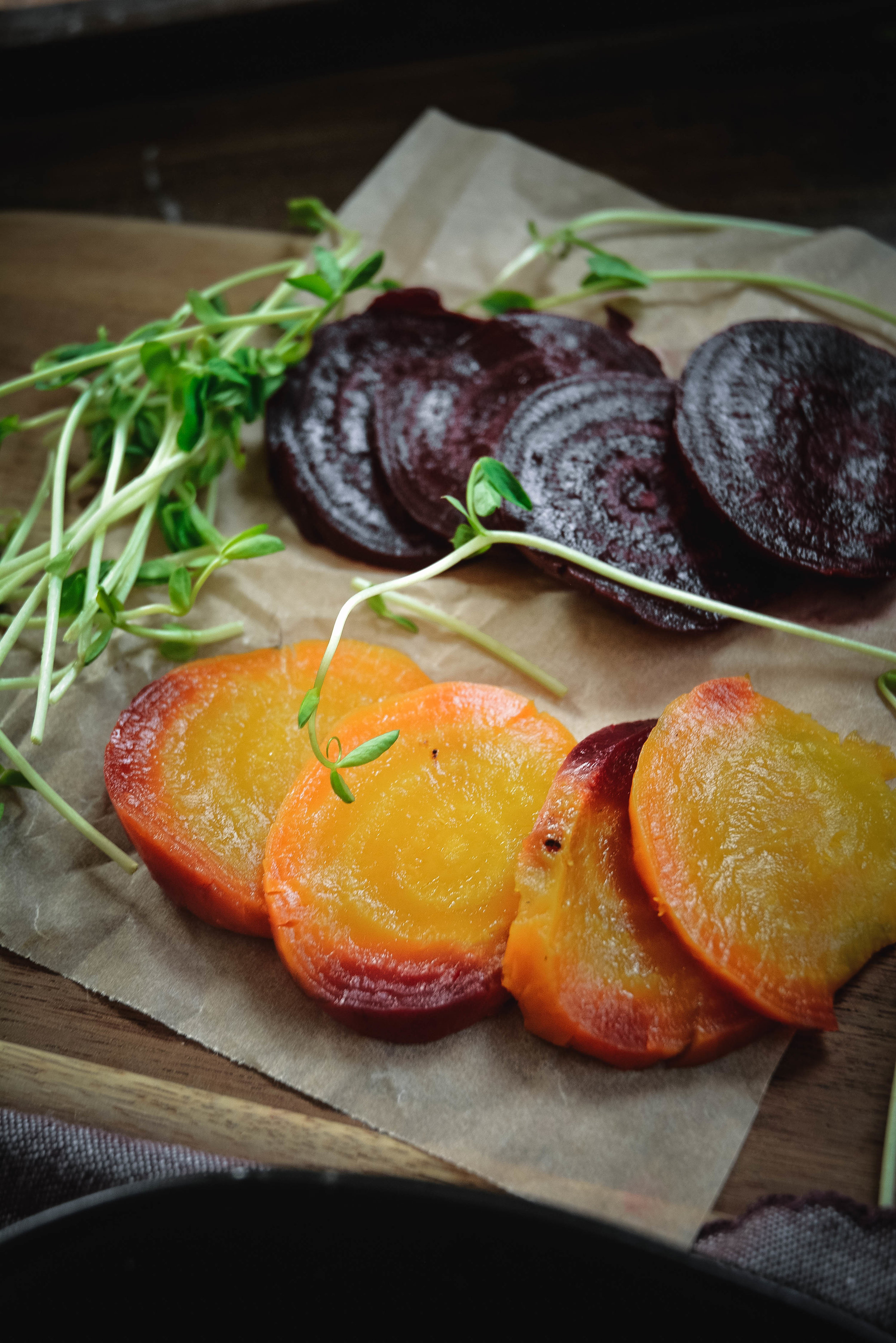 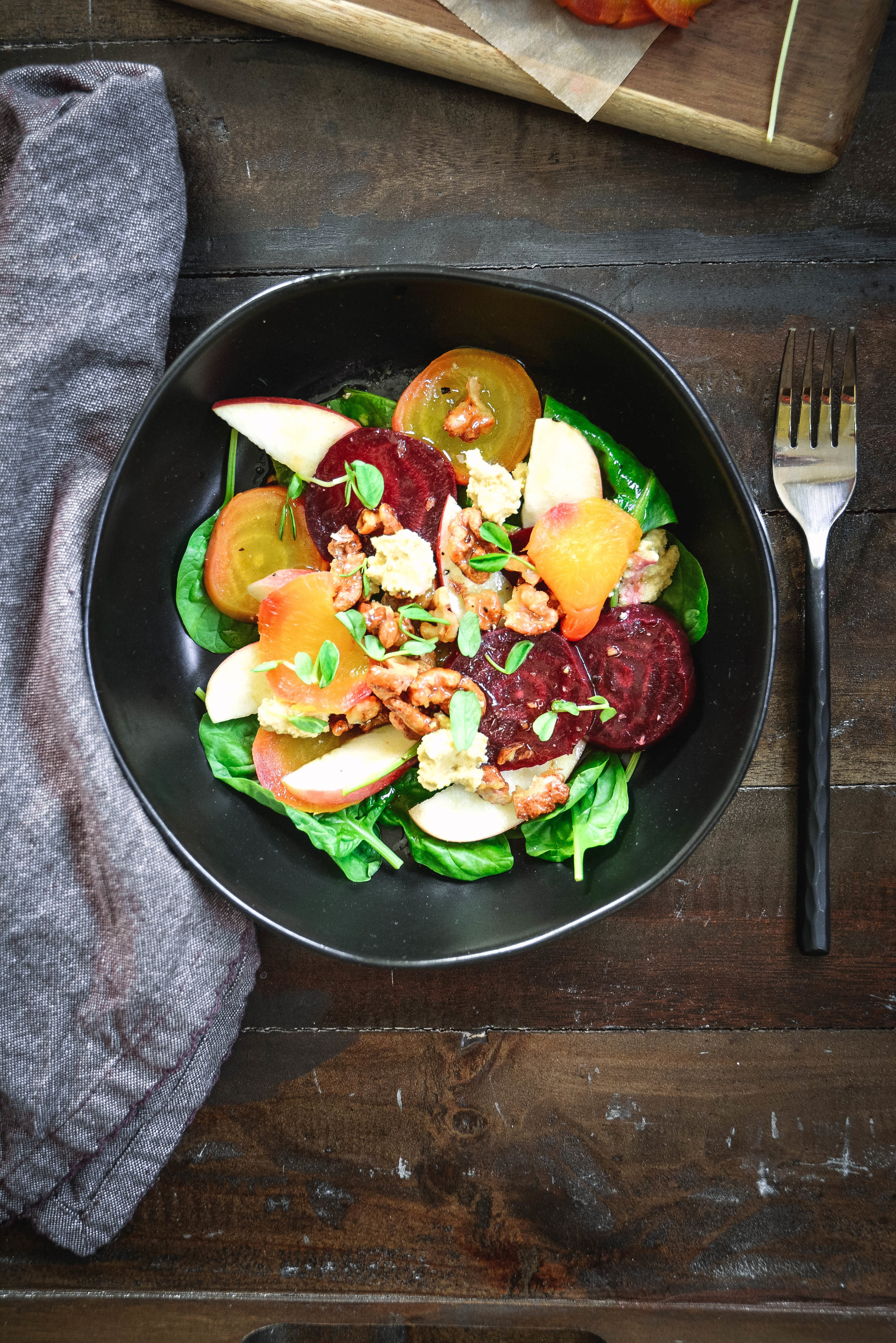 apple and beet salad with candied walnuts and cashew cheese

Preheat oven to 350 degrees. Wash beets and wrap in aluminum foil. Roast for 1 hour or until soft. Let cool slightly. Peel and slice beets and set aside. (Wear kitchen gloves if you don’t want stained hands)

Meanwhile, combine all ingredients for candied walnuts, place on parchment paper lined sheet and roast for 15 minutes, tossing once half way. Remove and let cool. (Try not to eat them all)

Mix all the dressing ingredients in a bowl and whisk until incorporated. 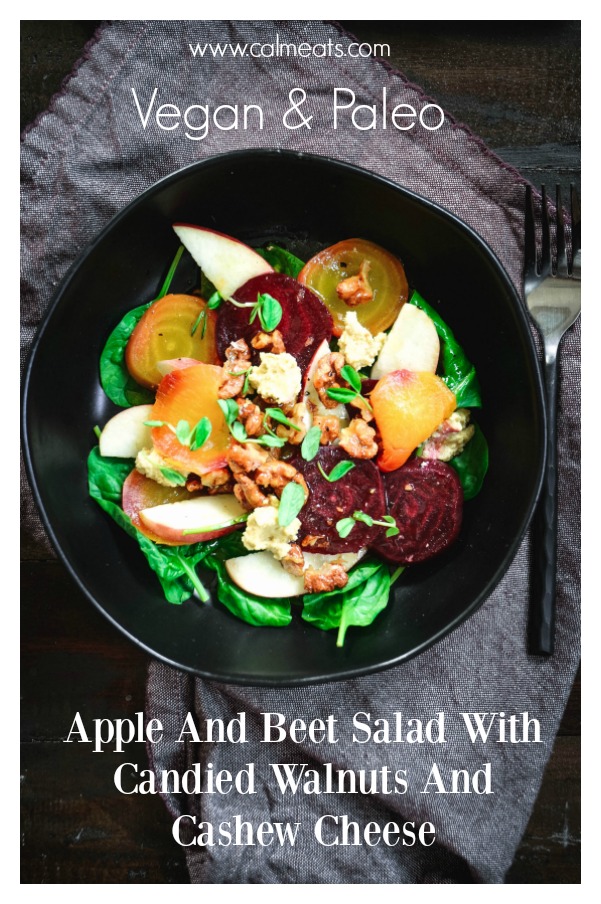 Winter Salad with Apple and Pomegranate