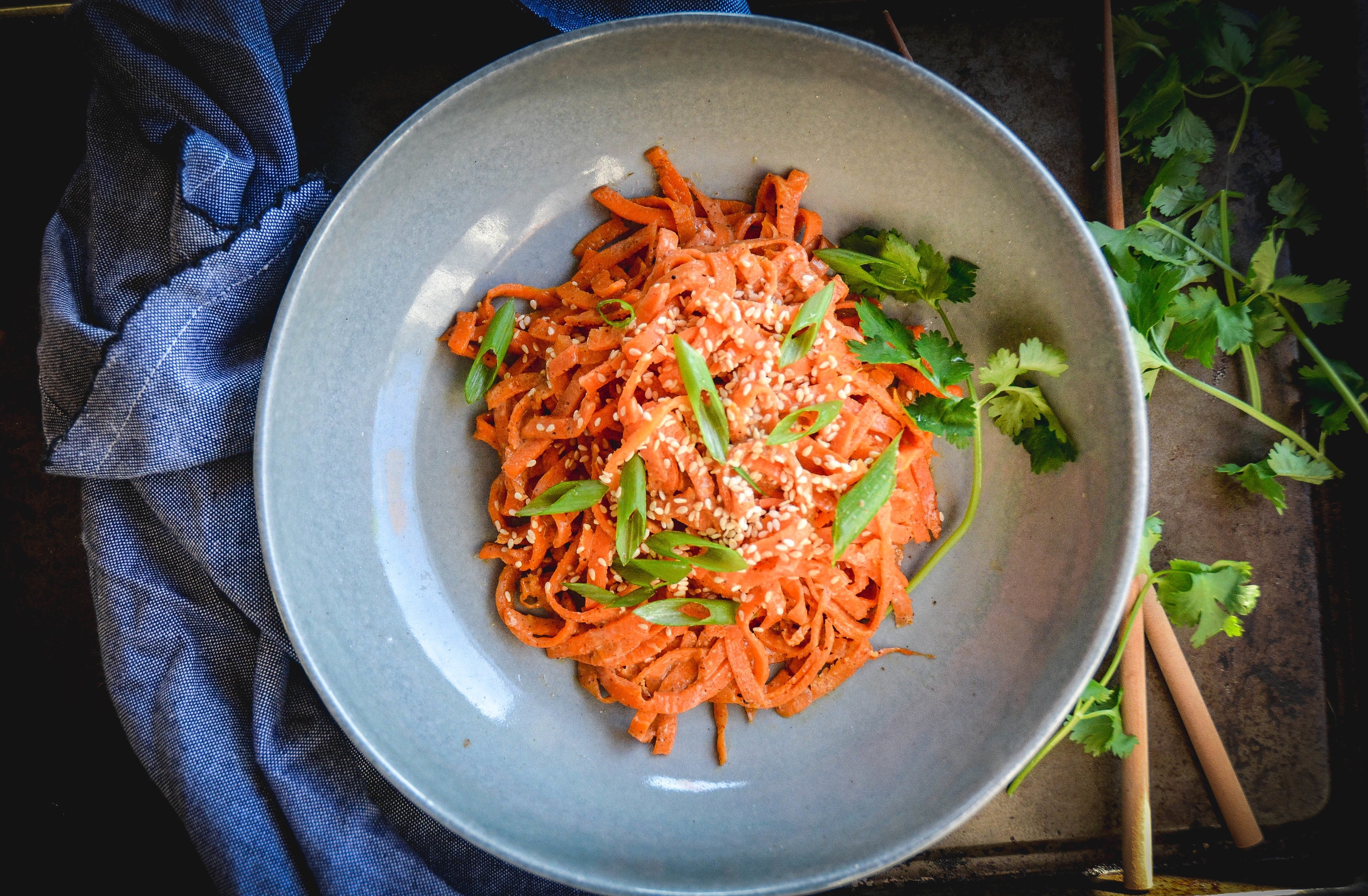 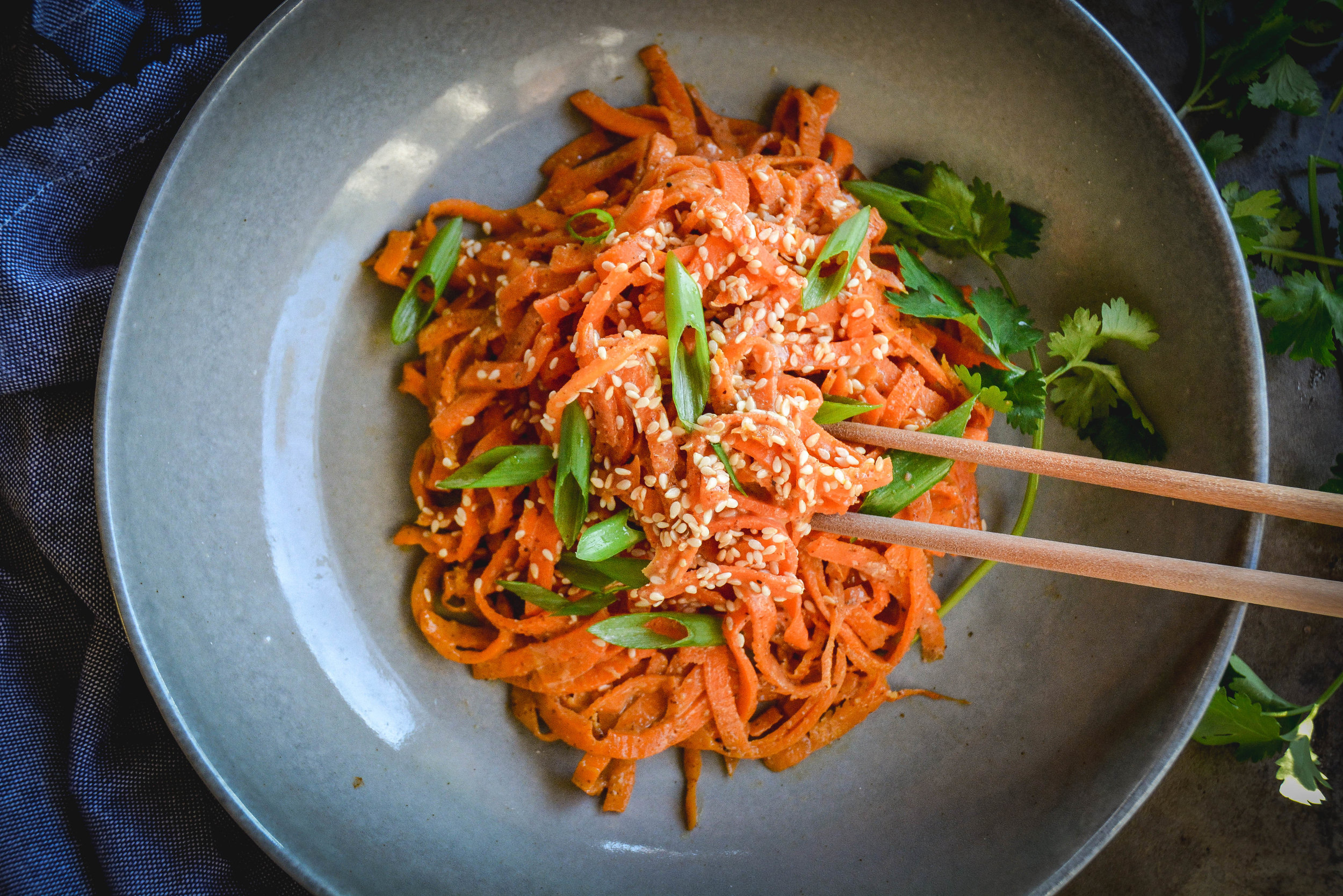 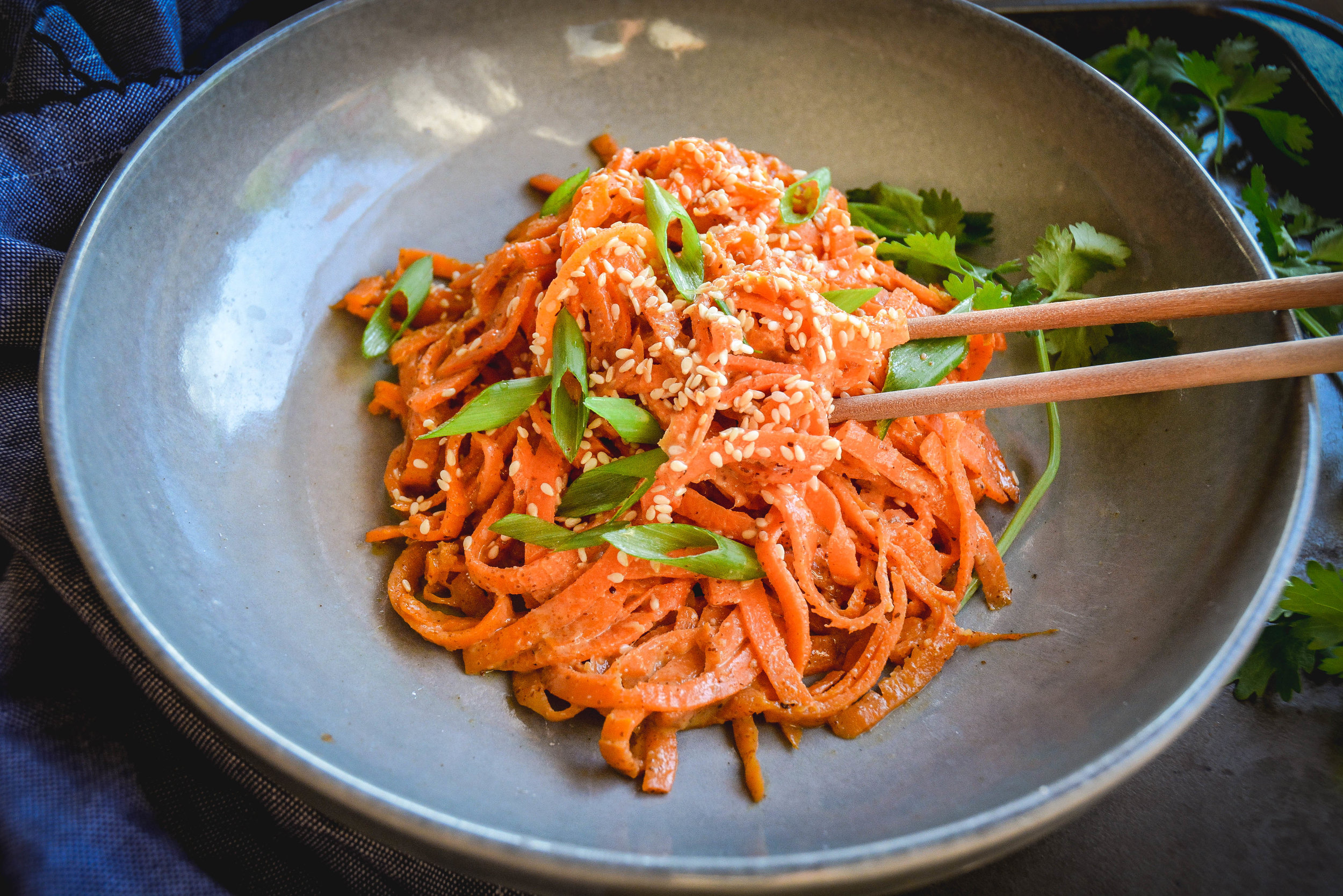 Growing up, the food we ate was pretty standard to the region. I ate Romanian food in Romania and German food in Germany. Simple as that.

While watching American TV shows and movies, I would marvel at actors eating pizza and peanut butter sandwiches but most intriguing of all was a weird white container food. What was that people ate out of those interesting looking containers and why the sticks? Food eaten with sticks was such a far out concept that in my mind it was just something that Americans did. Looking back, I was so naive, it’s laughable but I just didn’t know.

My first introduction to Chinese food was anticlimactic. It wasn’t as marvelous as it appeared on screen and there weren’t even any sticks involved. Hmmm. But then there was this dish. Noodles, a creamy sauce, sesame seeds (I learned what they were later). It kind of blew my mind. I couldn’t get enough of it. I ate until my stomach rebelled and still I wanted more.

Ever since I came in contact with peanut butter when I was about 14, I fell head over heels in love with it. I kid not, I could and have eaten an entire jar sans utensils in about 3 days. Well there may have been a spoon involved when my finger no longer reached. Yup it’s true and I’m not ashamed to admit it. The stuff made my brain crazy happy.

But back to the noodles. They were spectacular in every way. Since I started eating closer to paleo, I don’t eat peanut butter as much as I now have a new vice. Almond butter. If you’re used to peanut butter, it will be a bit of a transition, but I treat nut butters the way I treat wine. I like it all.

So here I am, craving sesame noodles. So what to do when I really want a food that’s completely off limits? If I give in to my craving, I will end up with a week’s worth of pain. I rummaged through the fridge determined to paleofy the hell out of this dish and went to work.

First I tried it with zucchini noodles. Mehhh not that great. It was missing something. The noodles weren’t quite hearty the way traditional noodles are. Then I spiralized a few carrots and tried it again. There it was…the taste I was looking for. A hearty noodle that could hold up to the almond sauce. While taste tasting these, I may have eaten 1/2 a jar of almond butter but it’s part of the job, right? Yes, taste testing is so laborious.

Let’s be serious, though. Next time you’re in the mood for sesame noodles, but trying to be nice to your gut and not send yourself through misery’s door, try these almond carrot noodles. Oh and I forgot to mention how quick they are to make. I think I’m gonna go make another batch right now. I’m in the mood. 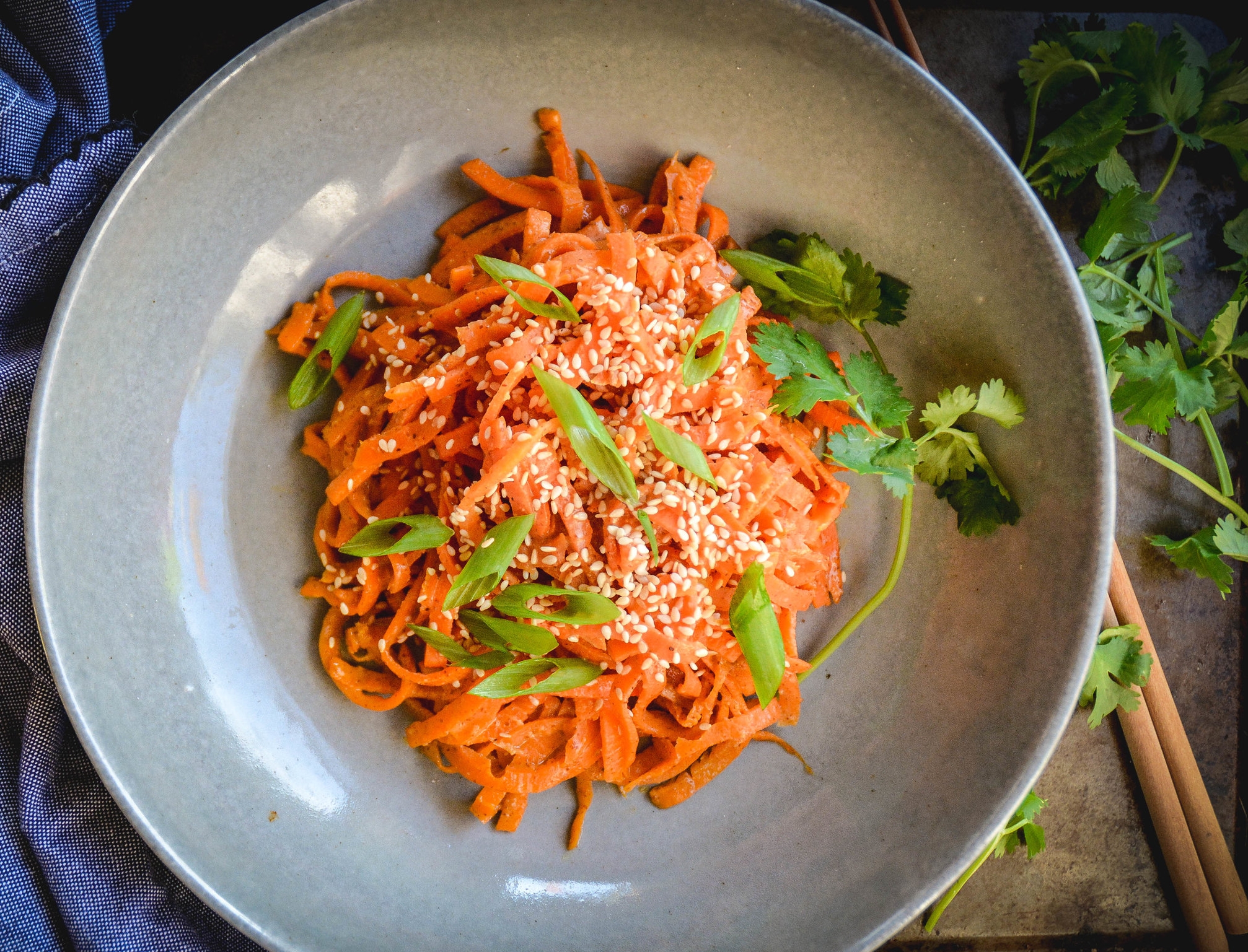 In a small mixing bowl combine the first 8 ingredients and stir well. Set aside.

To plate add carrot noodles with sauce to plate and top with sesame seeds and scallions. 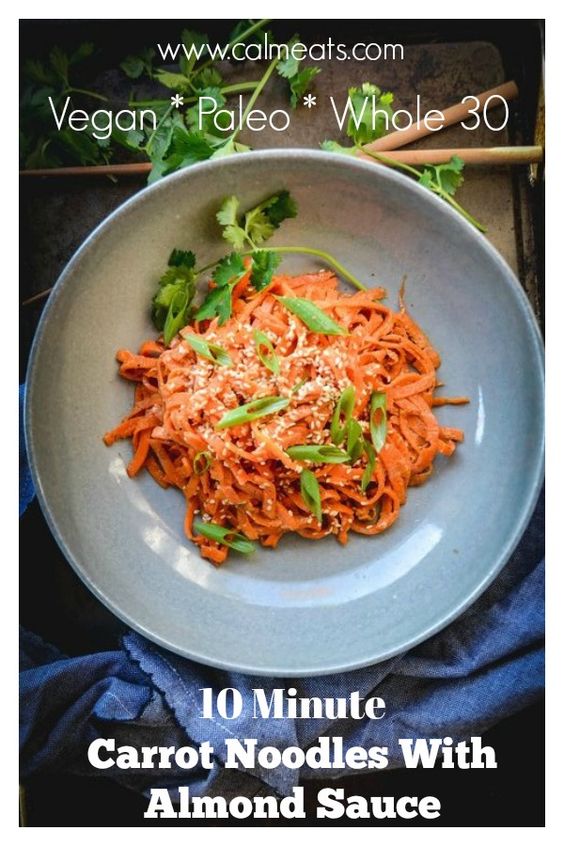